Neural networks is one of the most prominent fields of artificial intelligence which was already available to people in the 80s of the previous century. Yet, it has become particularly attractive to scientists relatively recently gathering particular attention around 2015. Since then, neural networks have been used in absolutely various services and products. Some of which are widely used, albeit many people are unaware of these services being based on the neural network technology. Others might seem somewhat weird or even creepy to many people.

Here, you have a collection of the most mind-blowing usages of neural networks you can find today.

It is not a secret that many companies are spending large amounts of money on the research of driverless cars. In all likelihood, you are aware that the technology used in such devices is based on artificial intelligence. Actually, you will hardly find a company working on the creation of such cars which is not using neural networks.

The mechanism of neural networks helps such cars to navigate the world in a safe way analysing various elements of traffic as well as possible situations. This allows them to make right decisions.

Of course, you know that people can create various robots which will be able to walk. Yet, the most amazing thing about neural networks is that it can literally teach absolutely various objects to walk.

For instance, there was an amazing experiment conducted by one of the Google companies which is known as DeepMind. In this experiment, developers used three different virtual figures which were supposed to learn how to walk with the help of neural networks. While the first one had a shape similar to a human body, there were also two of less popular shapes such as a stick with two legs and a ball with four paws.

All of them were able to walk, jump and move around uneven surfaces after several hundreds of practice.

Another popular usage of neural networks in the modern life which is also well-known to many people is reading texts aloud. Advanced programmes for synthesising human speech such as the ones developed by Google or Yandex are quite realistic. This gives the technology a lot of various possibilities for usage. For examples, the algorithms are widely used in the apps for people with poor eyesight and, at the same time, they can be very useful for creating audiobooks without spending too much money on this.

Not everyone is aware of the importance of seeing the movements of lips for appropriate understanding of speech. Actually, many doctors and scientists are sure a person cannot learn to speak properly if he or she does not have an opportunity of observing the lips regularly.

Even though it is crucial to us, we are still not thus good in identifying the speech relying exclusively on the lips movements. Even for the hard of hearing, some of whom use lip reading for understanding others, the percentage of understanding the lip movements is not thus high at all. In fact, it is only around 52%. At the same time, the app using artificial intelligence can do it with 88% precision which is quite impressive.

If you are using Google Translator, you might have found a function of real-time text transcription. This function is based on neural networks as well. It can easily identify various symbols as well as letters on pictures even if their quality is rather poor, for example, blurred. The app can easily recreate a text out of such images and then translate it into another language which will take only a couple of seconds.

Needless to say, the unique functionality of neural networks allows people to adapt the technology for various strange purposes as well. Here you will find some of them.

One of the first technologies used on the neural networks which was presented to the public was Inceptionism. Inceptionism was developed by the google team and was released in the world in 2015.

The programme was specialising in image analyses. After analysing the pictures, the programme was able to add some architectural elements to them as well as the dog faces. The latter function of the programme attracted a particularly large number of people who started playing with the programme adding dogs’ heads to various visual material including their own photos, famous pictures, films and their own video recordings.

Making celebrities tell something they have never told

One of the most incredible and somewhat even creepy functions offered by modern neural networks is synthesising videos with celebrities and politicians in particular. For instance, some programmes can be trained in such a way as to be able to generate the lip movements of people based on particular audio recording. Then, the movements are used in video materials.

Depending on how advanced a programme is, this can appear very realistic. 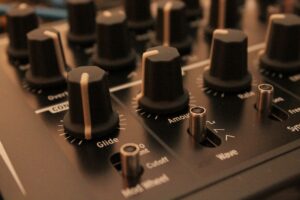 Recommendations for having group calls while working remotely 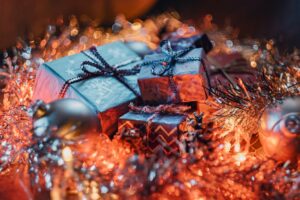