You got a new Internet connection successfully installed at your place? For some reason the tech was not there or any other reason, you have to connect your devices or computer to the new Internet? Don’t worry, we got you covered and straight dive into it.

Now you have two options. Either, you connect a single computer to the Internet or connect a network of computers to the Internet. As for connecting a single computer is quite easy. If you have a wireless network, you just simply connect to the whatever kind of wireless device you have been provided with. Generally, whether it is one or multiple network of computers, you want to be very alert about implementing some good measure of security to keep third parties away from you and your network. We won’t go into the securing your computers on a new Internet connection here but you can always look them up. If you plan on using wire, simply run a cable from the box to your computer.

Creating a network of computers

Connecting bunch of computers on wired connection require router. There are plenty of fantastic manufacturers who offer easy-to-configure, plug-n-play, robust router with which you can hook bunch of other computers in a single network. These boxes often require very little configuration and comes in with built-in firewall that protects and works as a safeguard between the primary computer and the Internet. The way it works is quite simple. All you need to do is to make the right connection. You run a plug in your computer in one of the LAN ports on the back of the router and plug the cable from your Internet connection straight into the port labelled either Internet or WAN.

As for SOHO routers (Small office/ Home office) you have plenty of choices out there. Most of them have four Ethernet switch ports for wired connections and one or multiple Wi-Fi radios for any kind of wireless computers. All of these SOHO routers uses a kind of technology called Network Address Translation (NAT). NAT plays a little trick which is, it takes whole computers on the LAN and presents as a single machine. NAT successfully hides all of the computers in the network from each other and ghost them out from other computers in the network. On the network, Internet, anybody can see your public IP address. This is basically the IP address your ISP gave you. LAN on the other hand uses a private address which remains invisible to the world. Hence, NAT works as a firewall that protects you and your network from malignant and fishy people in the wild of Internet. 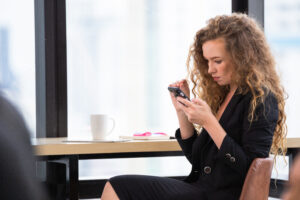 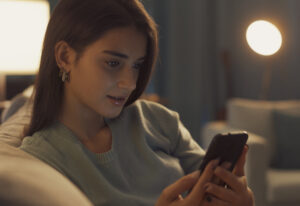 Connecting computers to the Internet 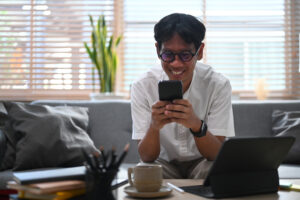 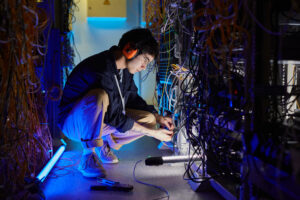 Functionality of Internet configuration on Windows